Visited Manhattan for SantaCon on December 8th. An annual tradition where people dress up, mostly in Santa costumes (but any costume is fine), meet in mass in a location in the city divulged only 24 hours before the start of the event. After the mass gathering, the Santas make their way from (participating) bar to bar day drinking into night drinking all over the city. I went with my husband and best friend, Rachel. Rachel and I dressed up so we became "one of them." What was really fun about being dressed up is people were super welcoming to being photographed. I was the photographer and the participant. It made for a great day!

Below are a few of my favorites from the day! 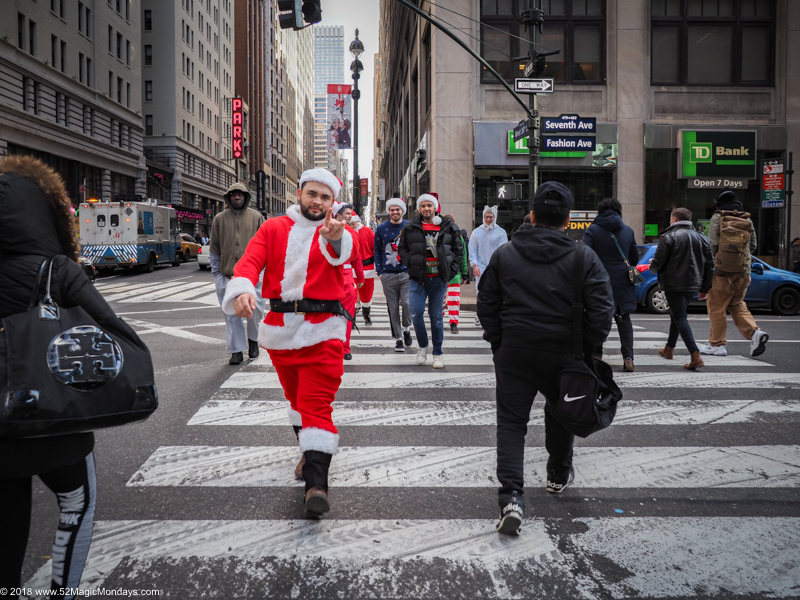 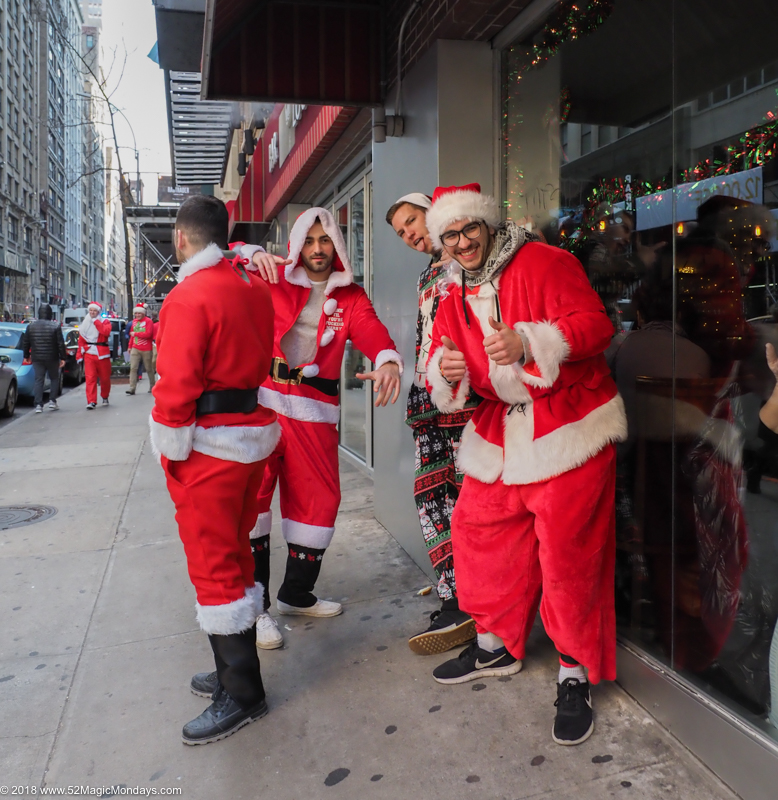 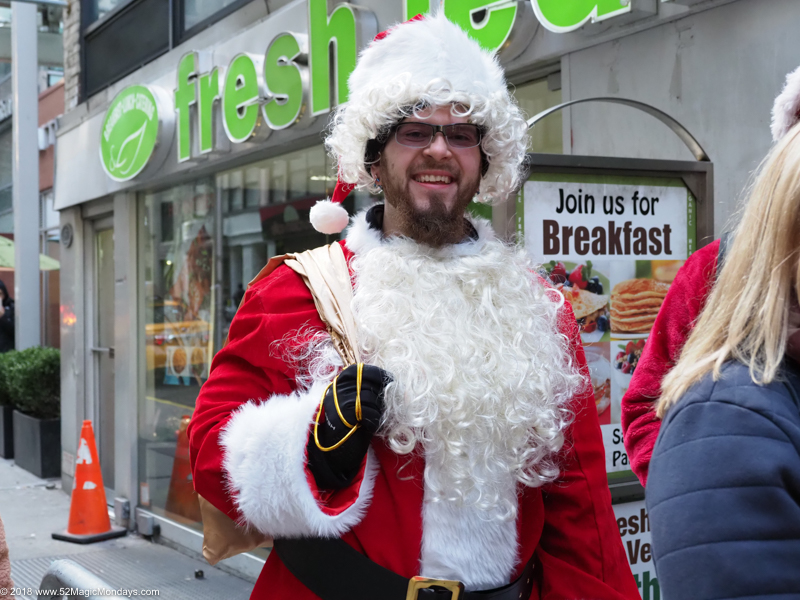 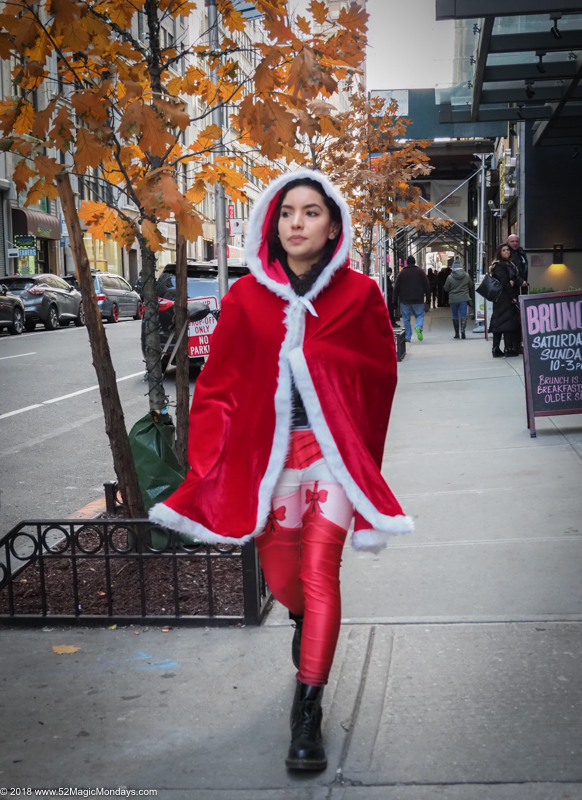 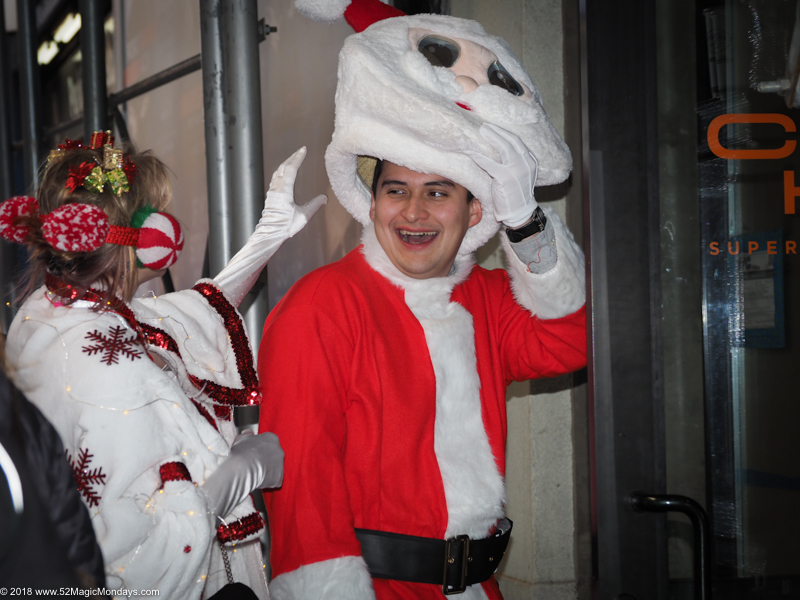 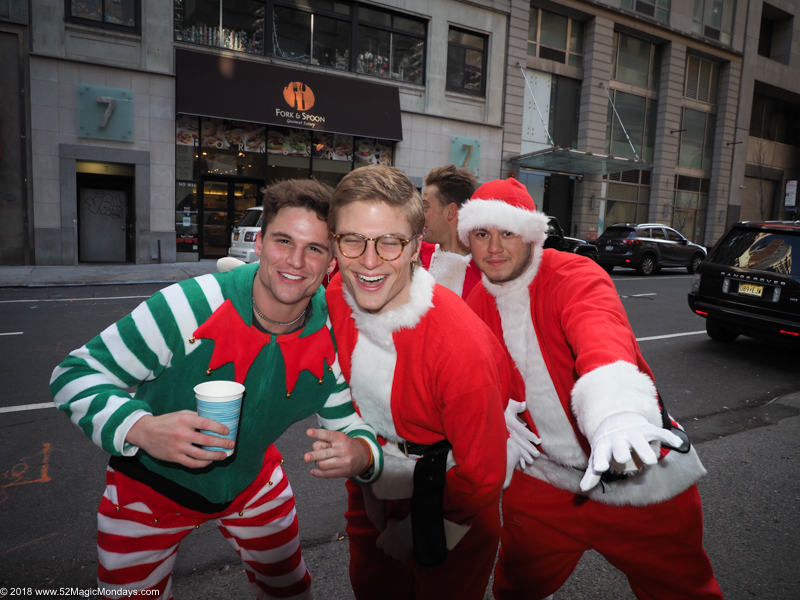 More friendly Santas! They were very patient as my small on-camera flash sometimes slowed me down as the flash had to recharge. 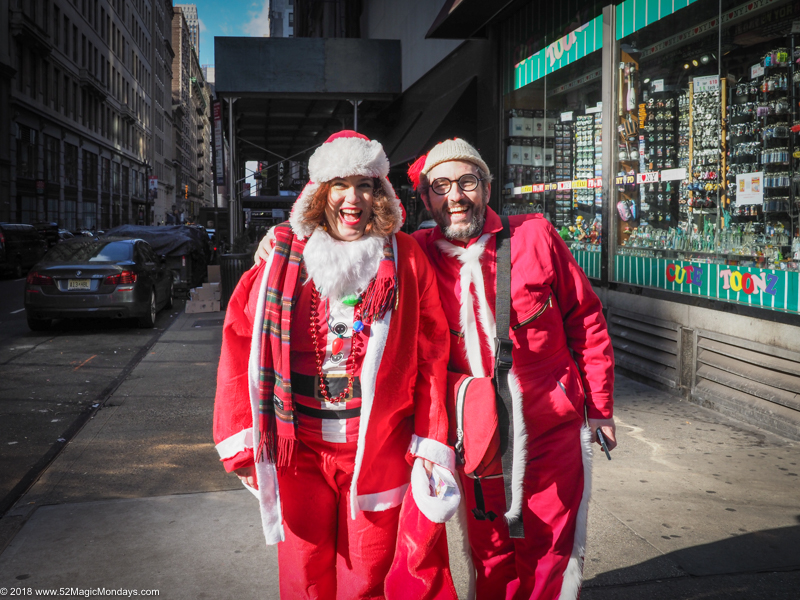 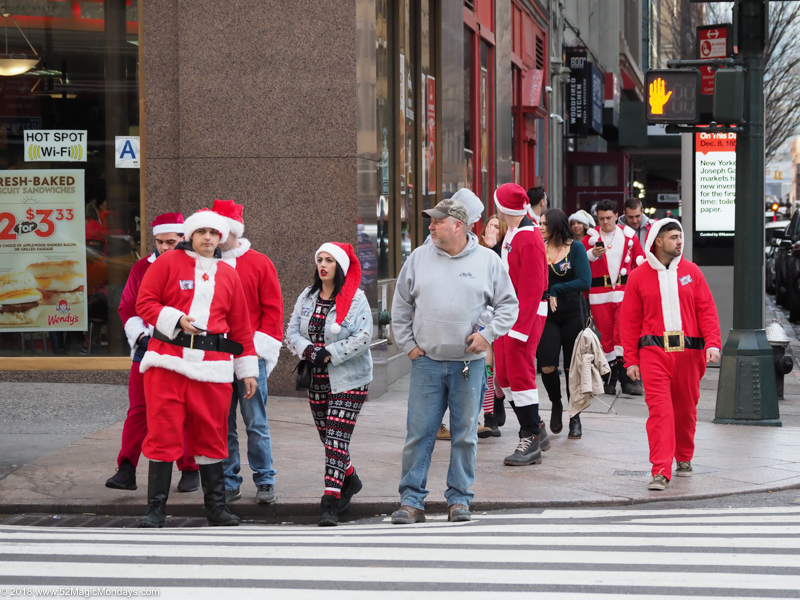 Someone didn't get the memo. 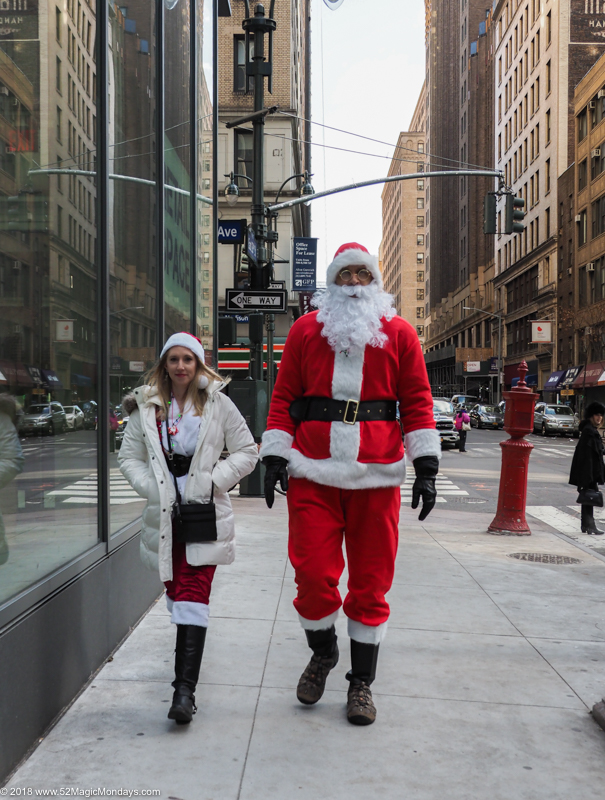 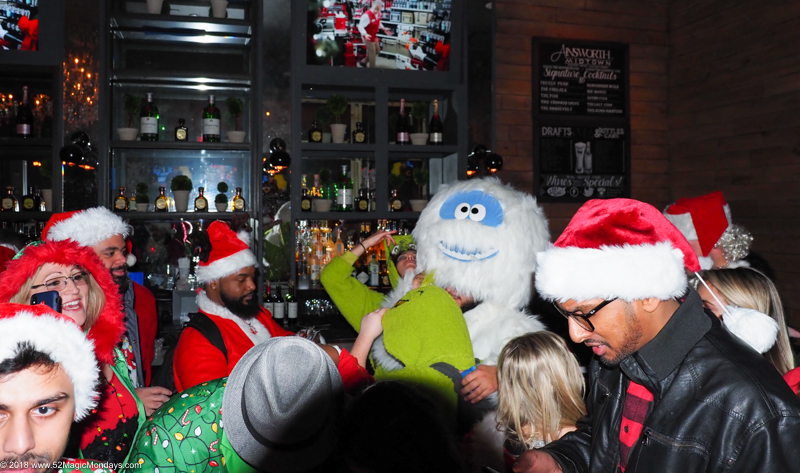 We went into one bar just to see what when on inside. Loved the Abominable Snowman! 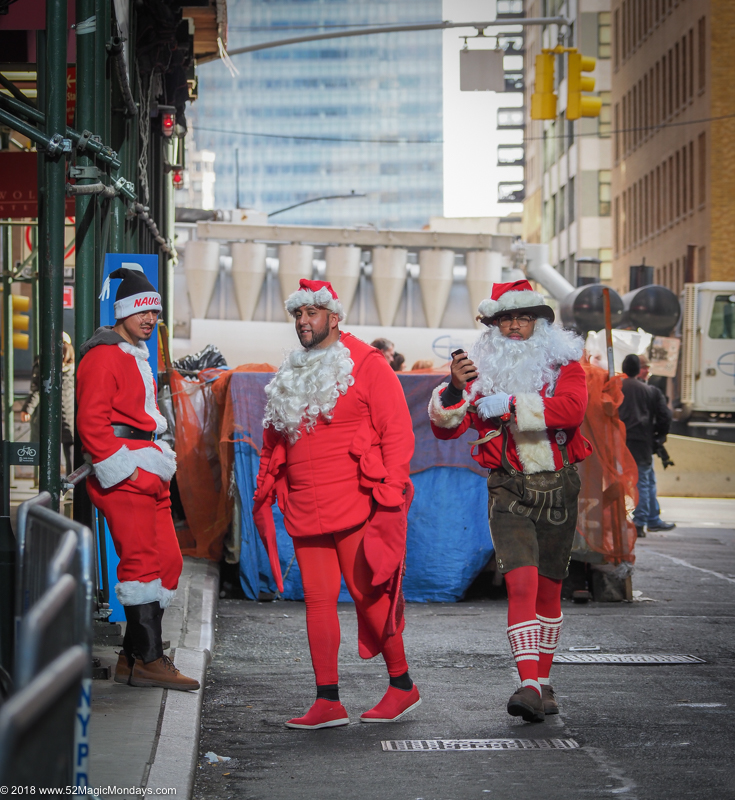 I gotta be me. 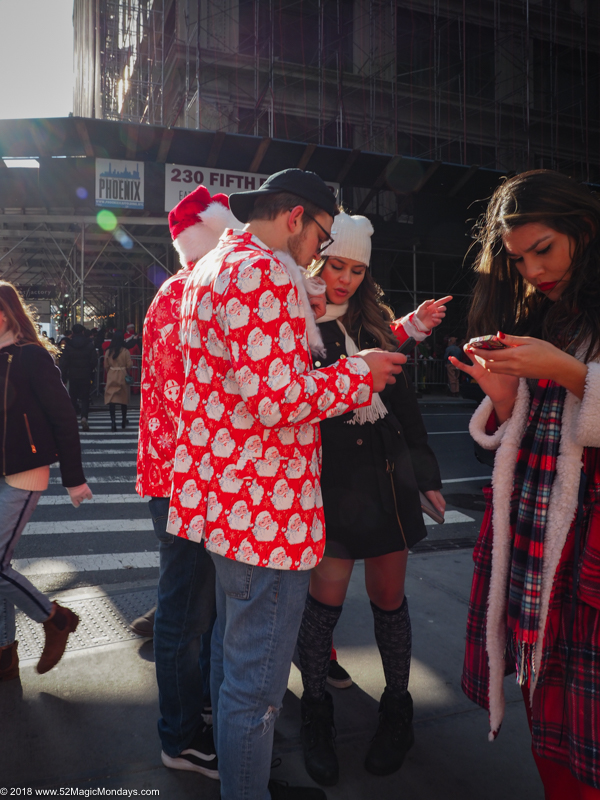 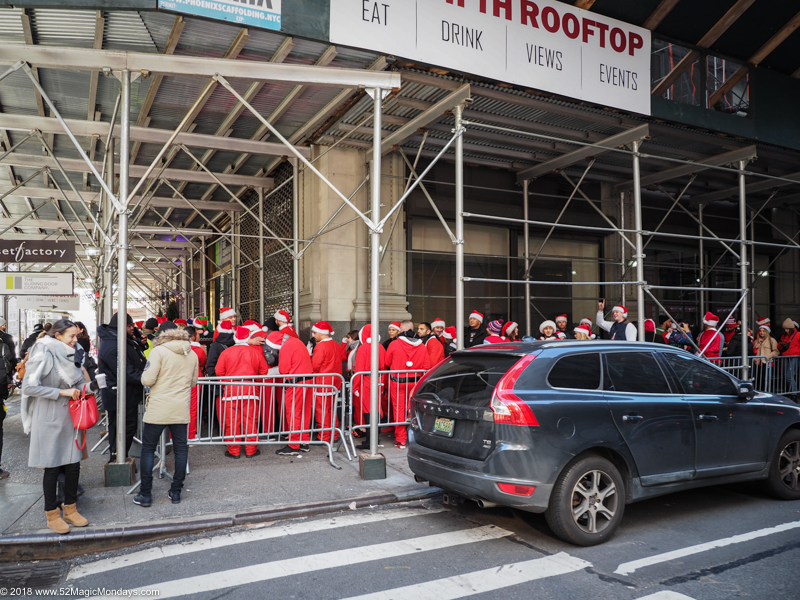 Long lines of Santas. They were trying to get into 230 on Fifth which is my favorite rooftop bar in the city (near the Flat Iron). But alas, it would have been a couple of hour wait on this day. #pass 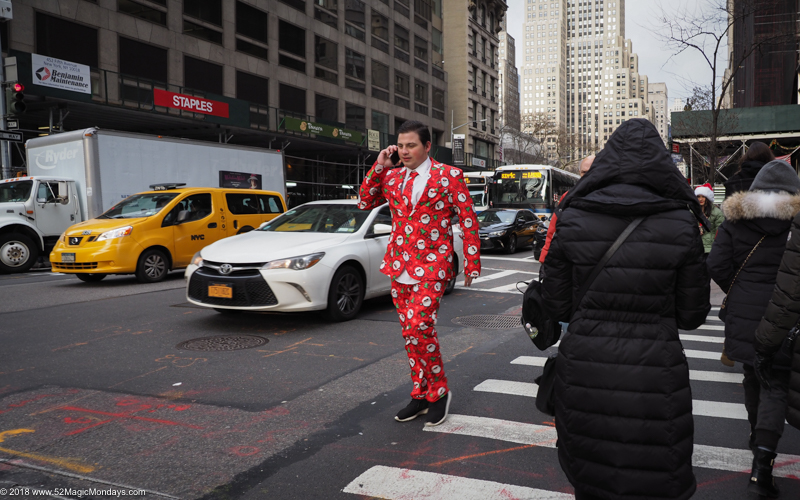 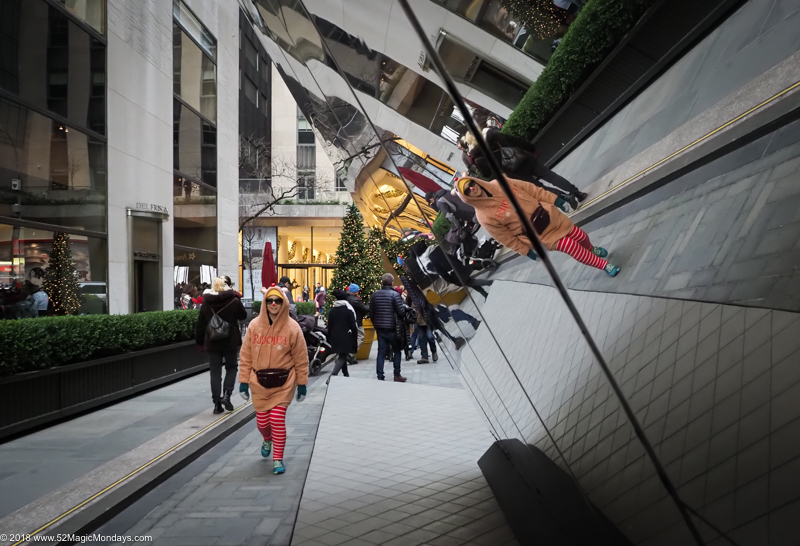 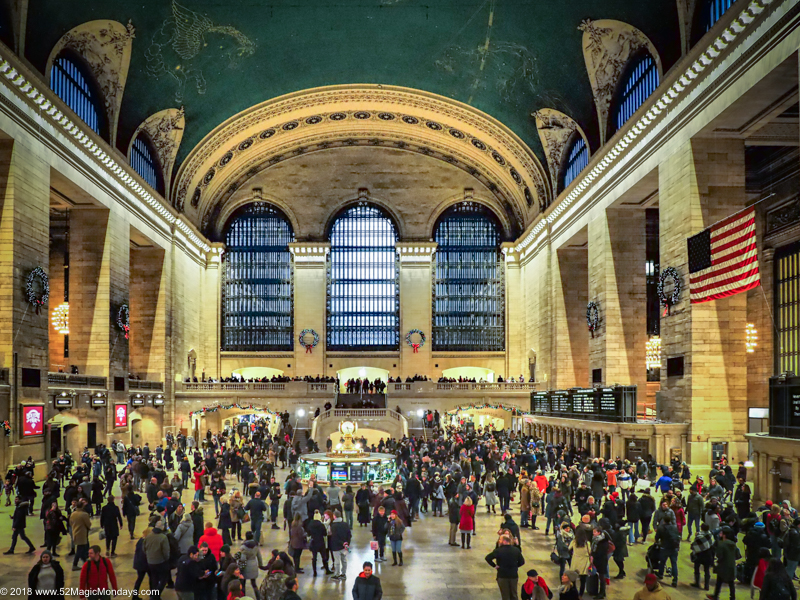 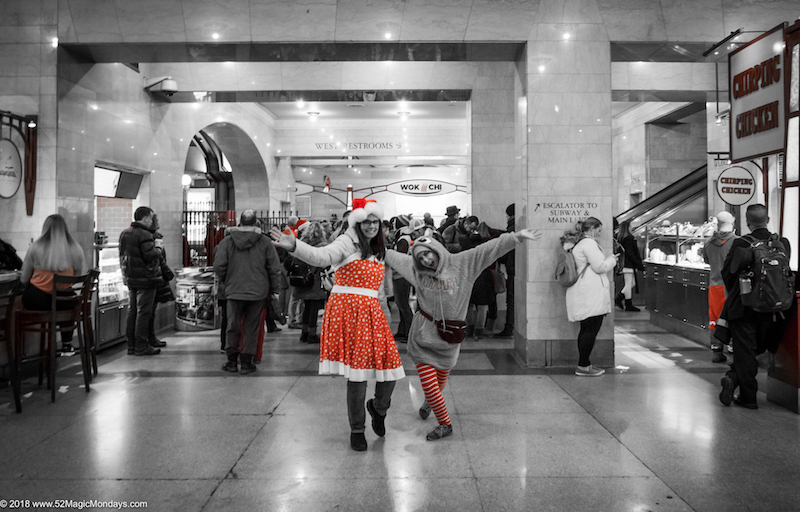 We had a fun day and I would definitely go back for SantaCon next year. Perhaps we will stay over the night before so we can be there in the morning to see all the Santas arriving by subway and get a shot of the mass of Santas at the kick off.

Until the next Magic Metro I wish you all a very fun holiday season!