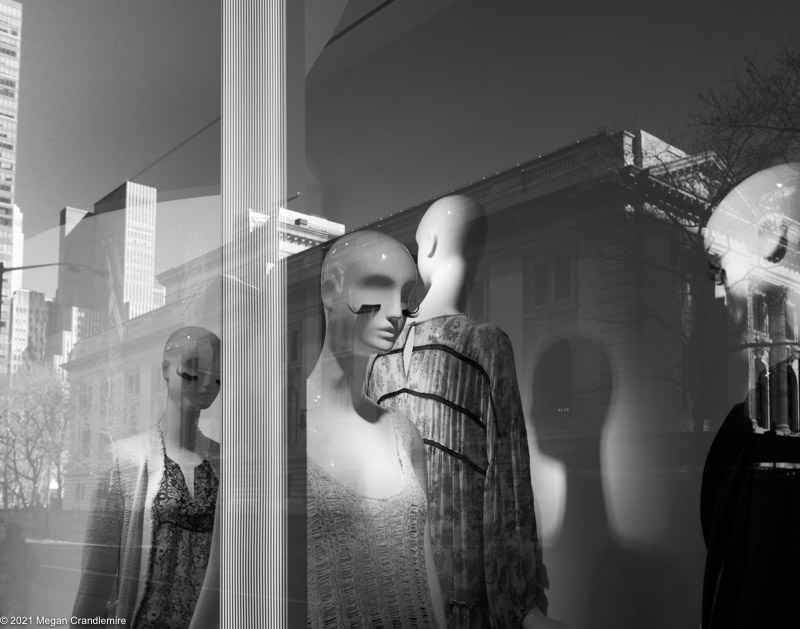 What a nice surprise it was to be asked to hang at the annual Image City Gallery Black & White Invitational on University Avenue in Rochester, NY. I've had my own shows and competed here and there, but being asked to be part of an invitation-only event was really an honor.

It was an interesting process choosing the photos. I knew I wanted to hang a street photography show, and of course my strongest images thus far come from 52 Magic Mondays. But which ones?

I've definitely learned that I am not the best judge of my own work. I'm too close to it and all my images are my own "digital babies." Fortunately, the editor of my book is also a photography lover and she has wonderful input when it comes to my work. I met Anne 3+ years after Magic Mondays ended so she didn't know me before or during the project. Being the editor of my book, she's certainly gotten to know a few things about me, but she definitely still brings fresh eyes.

Anne and I sat down in May and perused the 35+ images I had selected - way too many, of course, for the amount of physical space allocated for my part of the show. Together we narrowed it down to 10. I appreciated her thoughts and perspective on the images she felt were the most interesting. Several I have never printed or shown before. That was exciting.

After we chose the images, I took a long afternoon to ponder the layout of my part of the show. If you have never had an art show yourself, you may not realize all that goes into laying out a show. It can be a painful process. How to tell a new story from these seemingly random moments?

Of course, they are not really random moments as I was behind the camera for each image and they each hold a special meaning to me. Once selected, I was not surprised when the images pretty handily told ME where they wanted to go. They paired up nicely leaving a single image at the beginning - and at the end - to bring the story together. "Look Away" to start and "Looking Up" to finish. What a coincidence (LOL) that the images (previously titled before this show) both had the word "look" in their titles.

It was humbling and extra special when Image City chose my "Look Away" image as the marketing image for the show. It appeared on all of the gallery's promotional materials including postcards, 8x10 flyers and a larger poster that hung in the gallery's window. The image was also picked up by several newspapers here in Rochester with short articles about the black & white show. Six years later, 52 Magic Mondays continues to support my creative endeavors new ways.

A screen capture from a Word doc, this is exactly how the images were hung on the gallery wall at Image City (of course they were beautifully framed and matted which you don't see here). Shout out to Jason at Frameworks here in Rochester for the amazing job he did framing my images. 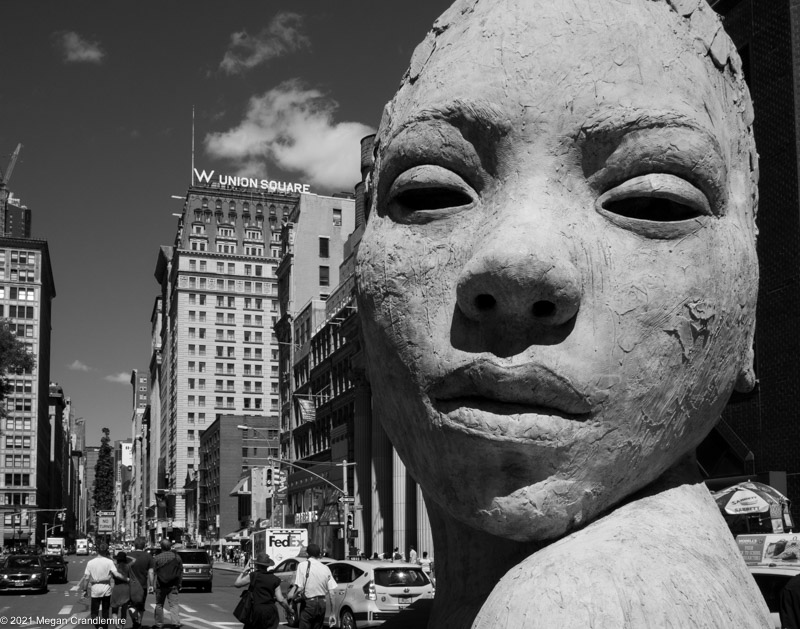 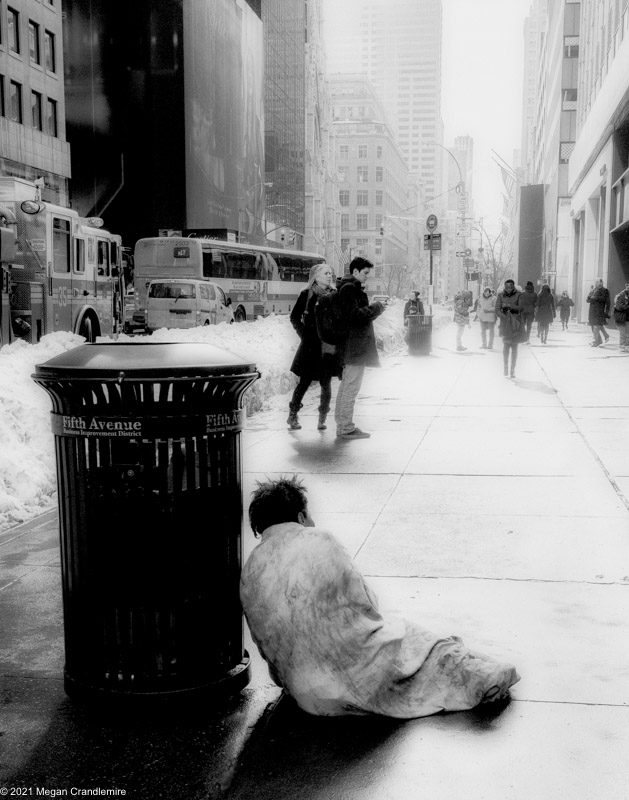 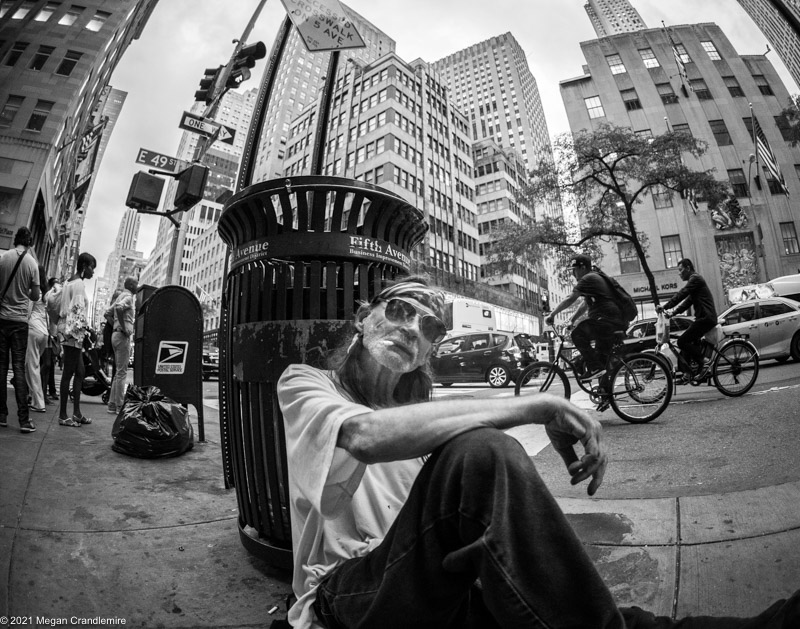 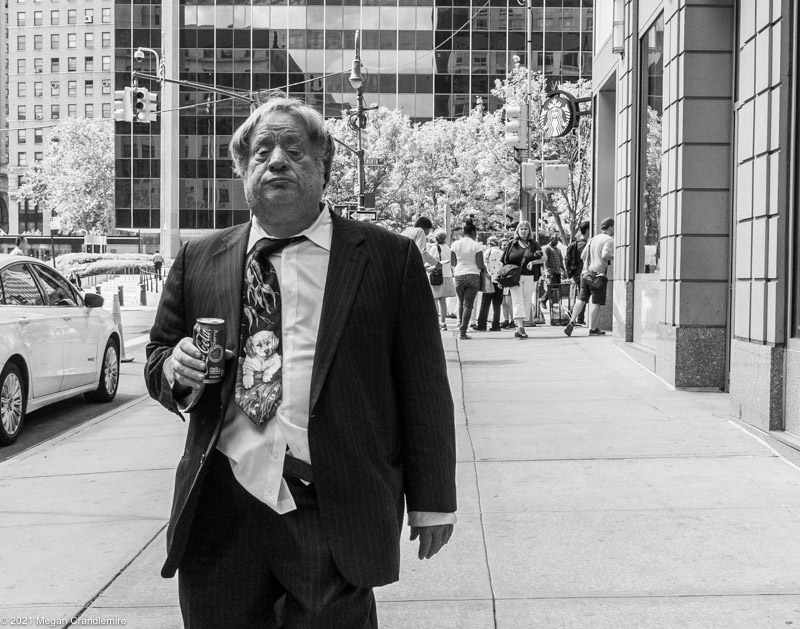 "Ruff Day at the Office" 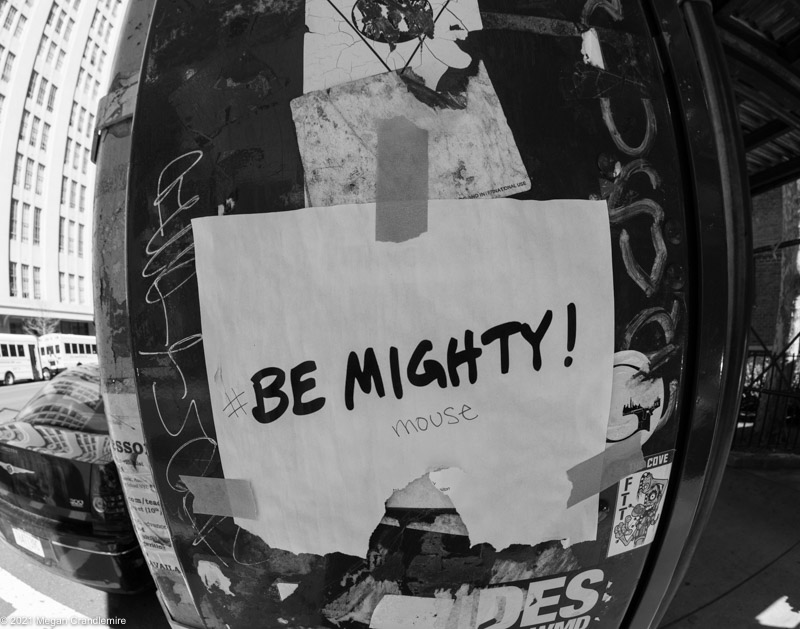 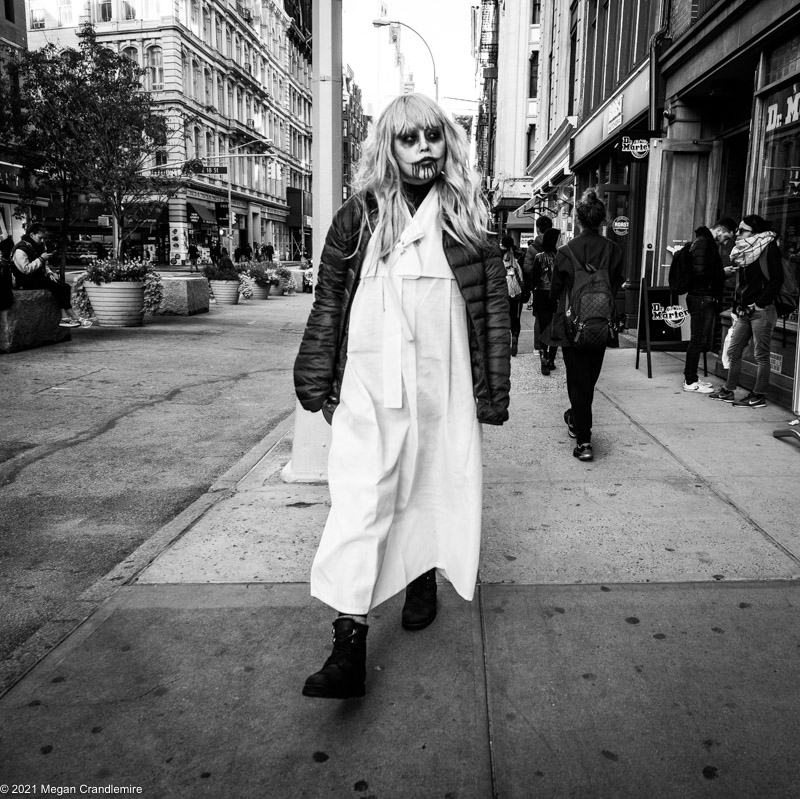 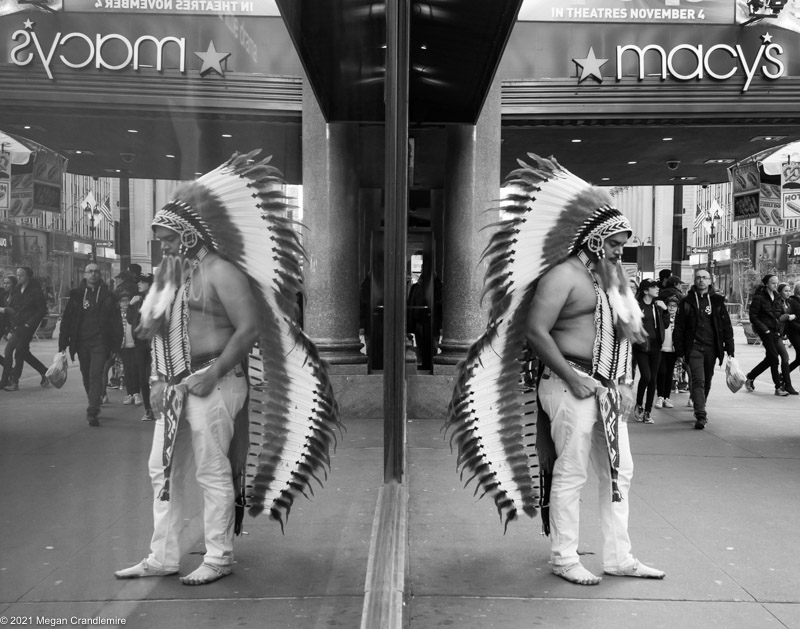 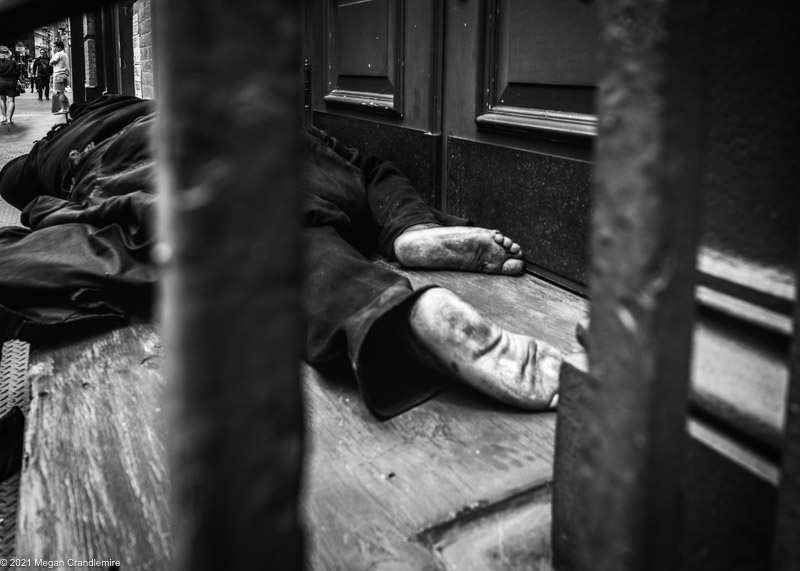 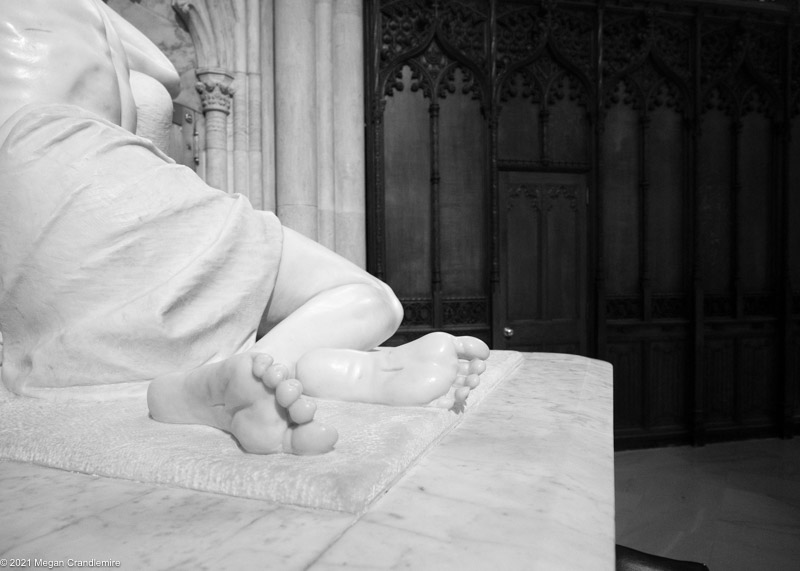 This was the first time I printed these feet images. I had them matted in a single frame. I love how it turned out. The images were taken just a couple of weeks apart - the second one totally inspired by the first image when I was standing in St. Patrick's Cathedral looking at the carving and remembered the rough feet I photographed a few weeks before in SOHO. They were so similar in the physical positioning. Another "coincidence" (yeah, obviously I don't believe in random coincidences). 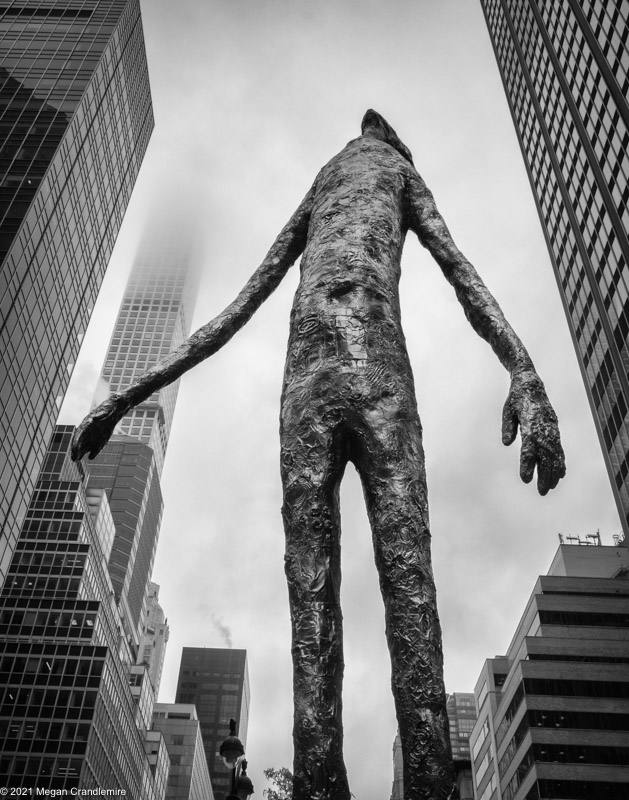 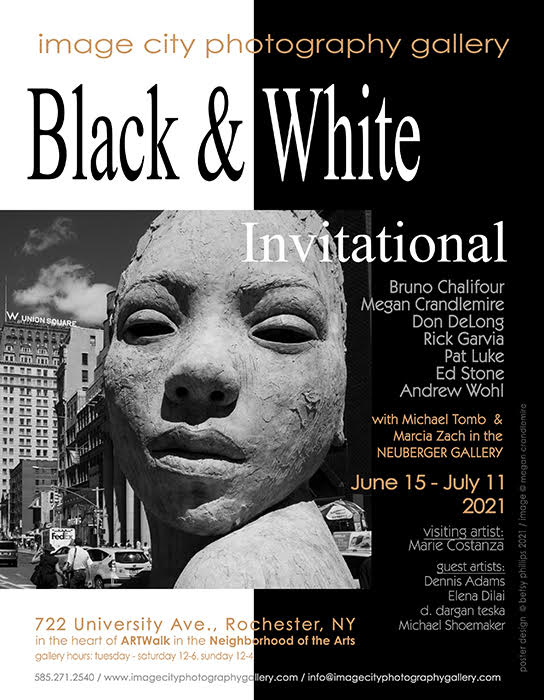 The promotional poster for the show. 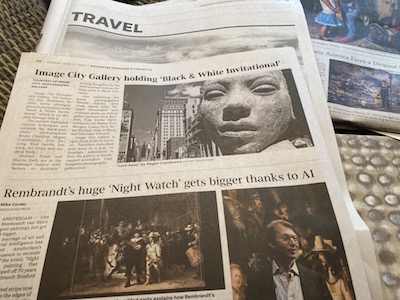 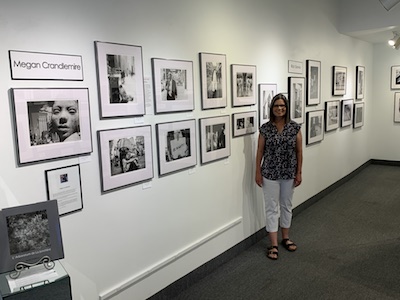 Image City had their first in-person reception since Covid for this show. Nice to see people gather at the gallery to admire all of the artists' work that were a part of this show. It was an incredible collection of work, mine being just a small part of the whole. Isn't that representative of how life is in general.

Until the next Magic Musing!