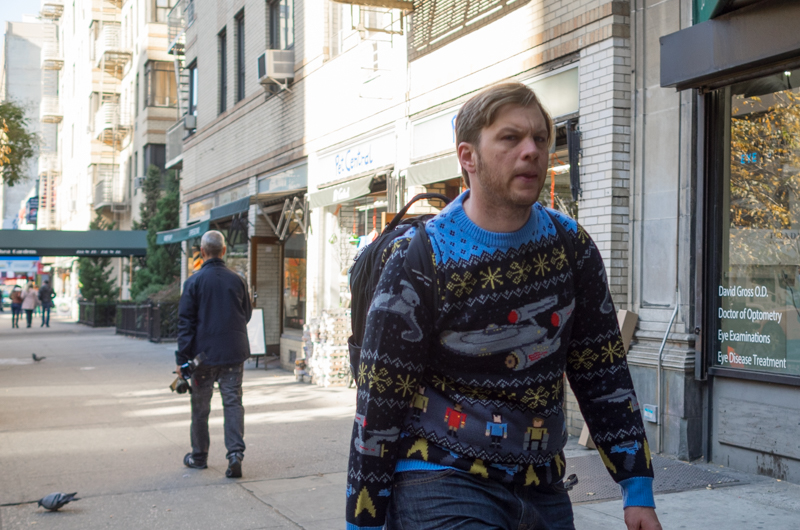 When I decided to write Photo Stories to honor my time in New York City during 52 Magic Mondays, I also intended to not do much thinking about what to write or even what photos to choose. Instead, I would allow an idea for a story to drift into my head.

I would say my ability to “allow inspiration” from a higher perspective blossomed as part of my spiritual awakening and the meditative time walking with my camera in NYC. I learned that my analytical mind – which I had turned over much too much control – is not the most creative creature. It’s more like a computer and I was assigning it all sorts of tasks it was not good at or refused to work on - such as creative projects or ridding myself of fears that plagued me since I was a child. By giving my analytical mind these things to work on, I felt “stuck,” and rightfully so! Wrong tool for the job, progress minimal.

The voice in my head – the one that complains and worries – is part of that analytical mind. It’s chatty and negative. And while I cultivated its ability to do math and think through a task logically – I also allowed it to put up a wall (unbeknownst to me) when it came to allowing thoughts or inspiration from a higher perspective into my awareness. It was resistant to an abstract concept such as God or the Universe so it didn’t let me go there. It would be like me asking my Alexa to help me feel less anxious (btw, I never did that, LOL!), but my guess is had I asked, she would have urged me to order more K-Cups from Amazon versus offering any beneficial advice about trusting my higher self.

Over a fascinating 10 year period, I woke up. I realized through personal experiences, some photographed in New York (!), that the Universe is always offering me creative vision and guidance. Moments began to happen where inspired thought dropped into my awareness from somewhere other than my thinking mind. Once it started to happen, the overly analytical gig was up. I had to wrestle with that part of me for a few more years – and I still do at times – but not like before.

The other morning I was lying in bed, sleepily awake. Unintentionally, I suddenly found myself thinking…

“Hey, what about that Magic Mondays photo of the guy in the Star Trek sweater…?”

To which, my analytical mind chimed in…

“Oh, the photo– which is not at all a quality street photo – and was never an “important” Magic Mondays image…the one that you have rarely even thought about? That one?”

I connected the inspired dots-from-the-Universe almost immediately. I had my next photo story to share.

Another goal I set for writing these posts was to weave in a connection between my 2016 photography project with where I am today. It was a soft intention and I was not going to worry about the “how” I would do that. I figured the Universe would take on that part of the task.

I connected the dots as follows: I had no idea that I would love writing as much as I do today. I love the task of writing (and editing), enjoy blending my photography and prose, and embrace the study of it to better my craft. I have the Magic Mondays blog (and forthcoming book) to thank as the blog was my first endeavor into any kind of consistent writing project. And full disclosure, writing a blog didn’t even enter the “picture” until around week 9 of Magic Mondays when I realized I had hundreds of pictures and no idea what to do with them.

When I landed in Rochester, NY last year, in the early fall I sought out a writing group. Or I should probably restate that and say, the Universe pushed me out my apartment door to begin a new chapter of my life. The writing group didn’t last very long, but I connected with one person, Anne, from the group that helped me to begin to find my writing voice; that’s when the real work began on my book and other writing endeavors. Anne was also actively writing, and once our group dissolved, we ended up coaching each other - sharing pieces and editing/discussing our work. But let me be transparent - I have an engineering degree. She has a Ph.D. in literature. I got the better end of the helpful stick, but she says I’ve helped her so win-win.

A few weeks ago, I wrote a poem for an Artist Trading Card (ATC) project I'm participating in. When the COVID-19 quarantine began, my amazingly creative cousin in Phoenix gathered a dozen Facebook friends together, me being one. She gives us a bi-weekly theme and we create a 2.5” x 3.5” artist card for each member of the group using any medium we would like. We are currently working on Round 3 of these cards. Some of the people in our ATC group have an elaborate collection of stamps, metals, fabrics, paints, etc. They are VERY crafty and talented. Due to drastic downsizing when we moved, and our now more “minimal” lifestyle, my current arts-and-crafts supplies include manila folders, scissors, a printer and some glue sticks. And my camera, of course. I enjoy the challenge. 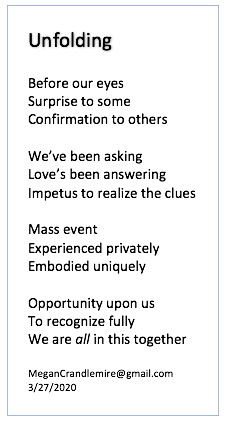 In March, I wrote a poem called “Unfolding” for my first ATC card. I texted a screenshot of the poem to my editor friend, Anne. Her reply…

“I will ponder...but I love it!...and you didn’t split the infinitive.”

To which I replied…

“Damn it. I still don’t know what split-the-infinitive means, but I’m glad I didn’t do it!”

She explained via text what it was. I’m sure someone taught this to me in high school. However, I apparently took too many calculus classes in college and assume I pushed this writing knowledge out of my head due to lack of room. I did some Googling on split infinitives and found several articles referencing, of all things, Star Trek!

They used the following sentence as an example of a split infinitive: "To boldly go where no man has gone before."

Technically, it should read: “To go boldly where no man has gone before.”

It’s just not the same.

Here’s my primitive nutshell explanation of split infinitives: when you use a verb with the word “to,” you’re not supposed to put an adverb in between the “to” and the “verb.” “To go” needs to not have that pesky “boldly” wedged in there. If you Google the topic of split infinitives, it’s actually quite controversial and people argue for, and against, following the rule…which I find humorous. There really are no rules.

And so, another “not so important” image I captured during Magic Mondays randomly surfaces as writing inspiration - much like what happened with Photo Story 1. This one gave me a way to celebrate a fun magic moment in New York, and also helped me link my past project with my current interests. I had to look through my 600+ favorite photos to find the Star Trek guy. I saw quite a few images that inspired some photo-story ideas to lightly ponder – but, of course, I will ultimately let divine inspiration let me know what to write about next.

I thank you for taking some of your moments to read my ponderings. Remember to appreciate each moment, even the hard ones – and to boldly go (heck with the rules) wherever your heart wants to lead you.

Thank you, New York City! Until the next photo story…