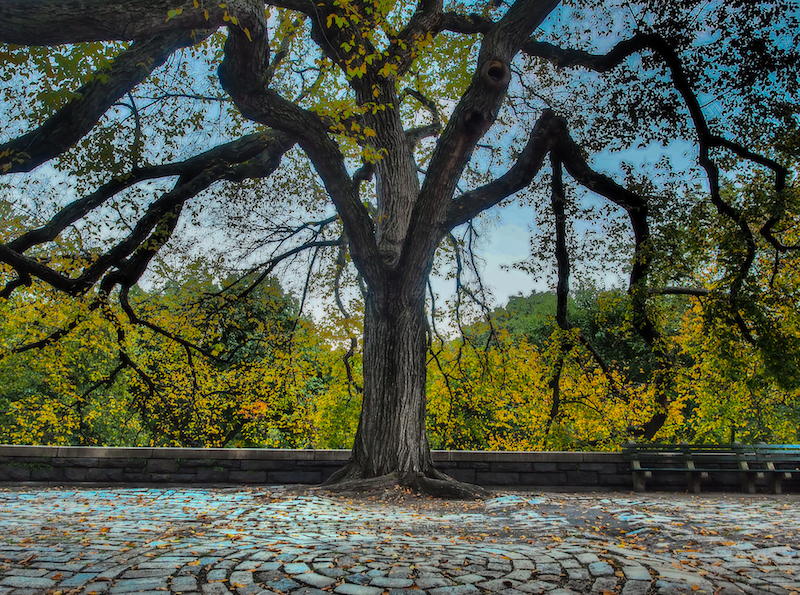 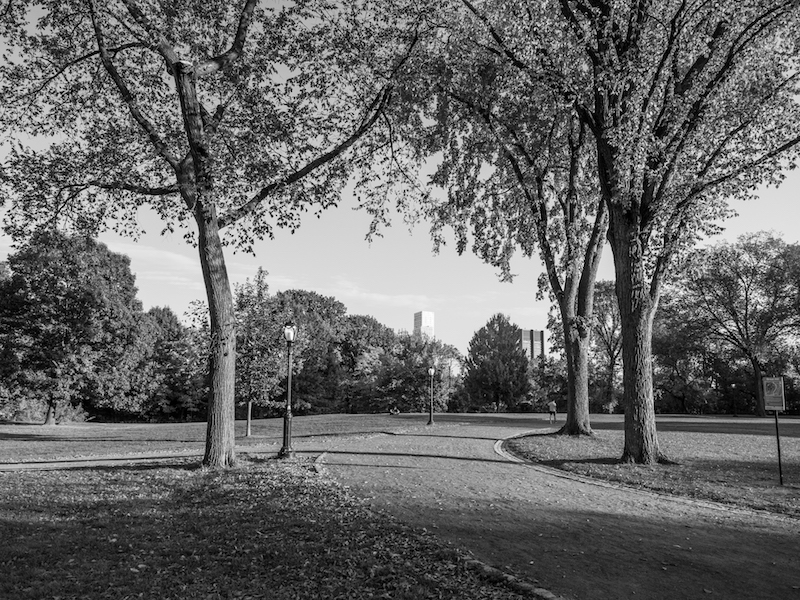 My 52 Magic Mondays time walking and photographing New York City in 2016 included taking portraits of beautiful trees. Although most of the city is pavement and buildings, trees still abound. My favorite tree photo was taken outside of Central Park on the west side. A majestic tree with its “arms” wide open, nestled in the cobblestone sidewalk. I had fun playing a bit with the color. But what I really wanted to share in this story was the special moment I had with a redwood tree in San Francisco one year after Magic Mondays ended.

Olympus Corporation flew me out to San Francisco in January, 2018 to be a part of their Super Fan program. It was quite the honor and an amazing experience. I joined 9 other Super Fans (handpicked – none of us had applied to anything) and their Visionary team for several glorious days in the bay area. We were treated like gold the entire trip. Of course, I had Magic Mondays to thank for all of it as my project is what got the attention of some special people at Olympus.

One of my favorite outings on that trip was to the Muir Woods. It’s a cool, damp, deeply wooded redwood canyon with a very special habitat. Although there are a few spotted owls and pileated woodpeckers, there is an overall lack of food there and very few birds. Hence, it’s mostly silent. Such a peaceful place to photograph and contemplate. 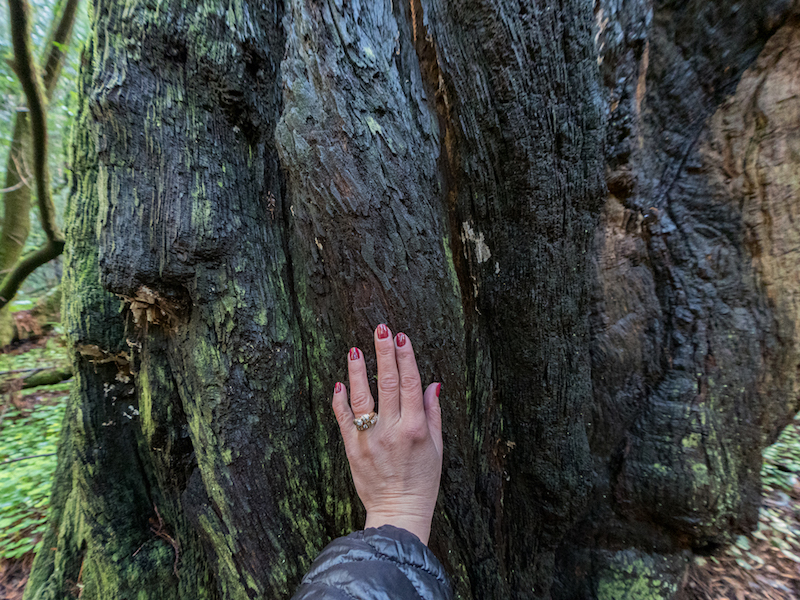 I’ve come across the most interesting information about trees over the years. They talk to each other! There is an intricate communication system that goes on between trees. I am not an expert, but I’ve read how they communicate through chemical and electrical signals, and also through the air using pheromones and scent signals. It’s truly magnificent what the Universe has created on the planet. Most of the magic escapes us.

I took a moment during my time in the Muir Woods to connect with one of the trees. To acknowledge that I knew it was far more than bark, leaves and roots. That it was a sophisticated being and I was in the grace of its presence…and the grace of its densely spread out family. It wasn’t a tourist destination, it was a grand community that was here long before I arrived and will stand long after I‘m gone.

I placed my hand on this tree and asked it to send love to my favorite tree back in Oxford, CT. We had a tree on our property that I had a special bond with. It stood like a sentinel in our backyard. One of the hardest parts about moving to Rochester was saying goodbye to my guardian tree angel. For 16 years I watched it bud, leaf out, drop nuts, turn colors and glimmer during ice storms. In fact, just after I returned from San Francisco, we had a fantastic ice storm and I captured my favorite photo of that tree. 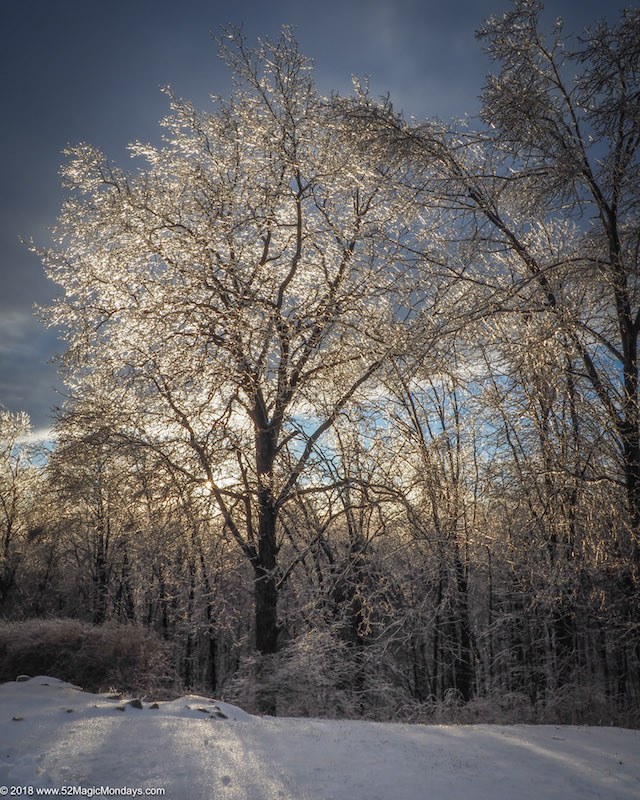 I never would have had that moment in the Muir Woods had I not walked 365 meditative miles in New York that year- a crazy awakening journey to realize that I’m surrounded by love and magic every day and everywhere. I loved photographing the trees in New York City and appreciate knowing that, in their own way, they were as aware of me as I was of them.

A favorite moment from Seinfeld:

As God, and the trees, as my witness – thank you, New York City. Until the next photo story… 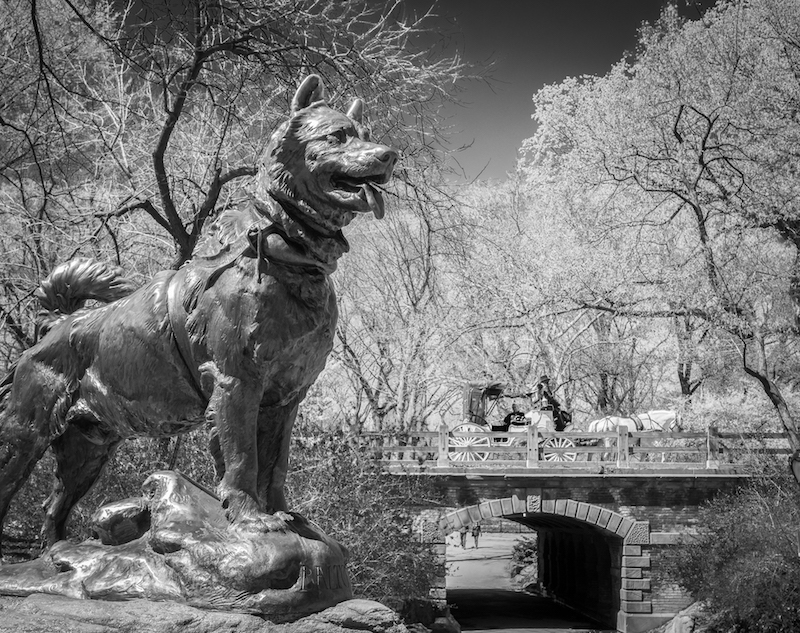