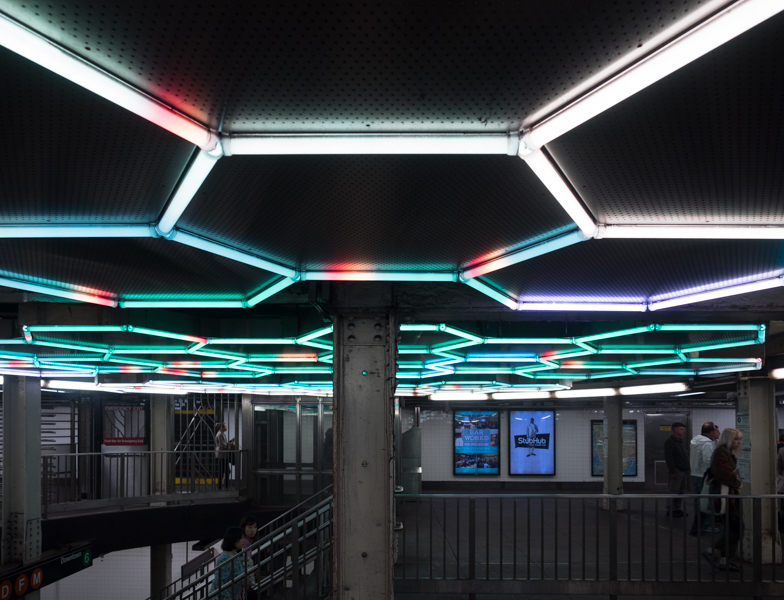 This will be a very brief Magic Monday entry. It was my first (and last) "working" Magic Monday. Family friends wanted to hire me to do a portrait session but they wanted to do it in the city instead of the typcial park or beach location. They both work full time so finding time to do the shoot was challenging. Everyone had Columbus Day off so we agreed to go in and do the shoot Monday. I knew I wanted to take them to SoHo to the area James Maher took a group of us a few weeks ago on my Week 34. However, because this was my first shoot in the city, it look a lot of my energy to scout locations with good light throughout the day. I did not end up with many of my usual style of photos for Magic Monday. Still, it was a great learning experience and enjoyable day. I will share the few shots I did get and a few of the family shots at the end to show my version of a familiy photo shoot in NYC...definitely different than a portrait next to a tree. ;)  I have another family that wants to do something similar in New Haven at the end of the month. Maybe I'll turn into a city family portrait photographer. Ha! 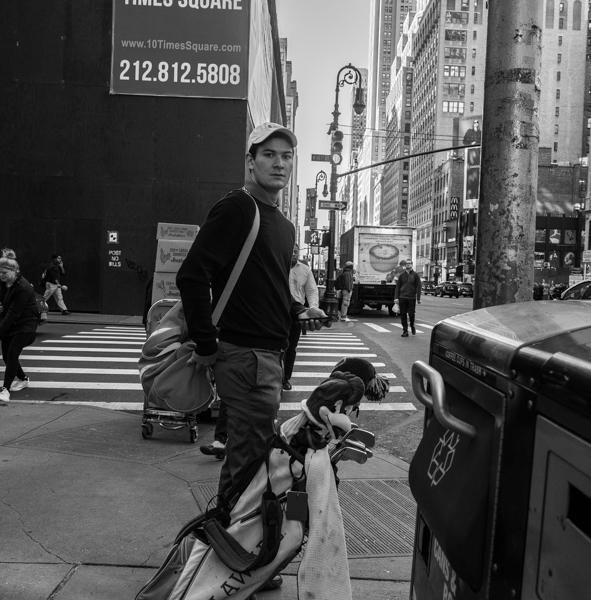 It wasn't him I was photographing, it was his golf club cover, but I like how his expression kinda matches the bird's. :)  What do you think, does this qualify him for Interesting Things? It is always funny to see people with a full set of golf clubs in midtown. 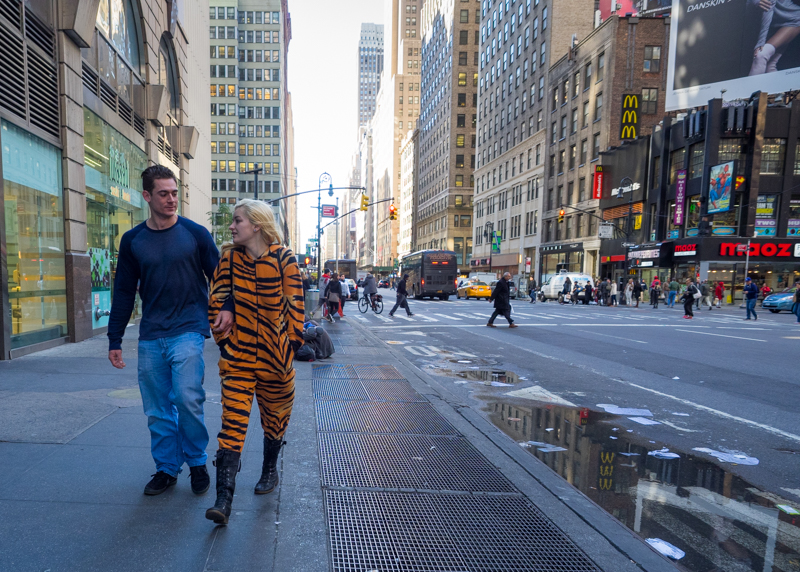 Christopher Robin and Tigger were in town. No sign of Pooh. 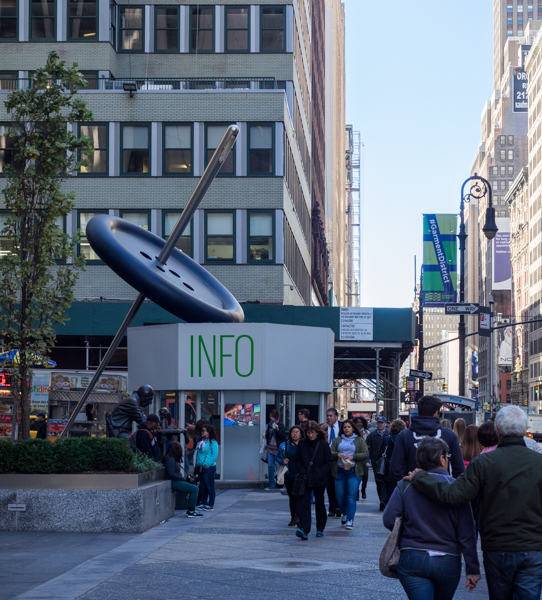 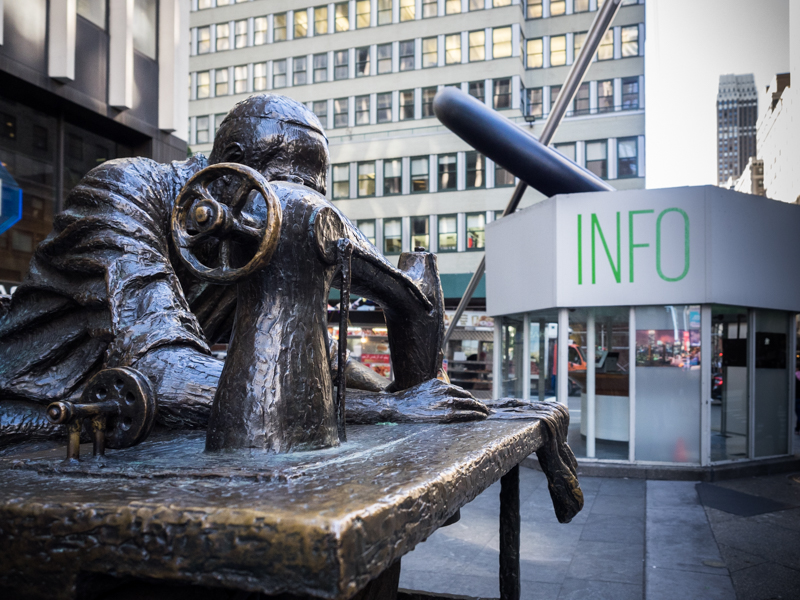 My mother sewed ALL the time while I was growing up. Apparently the talent and patience skips a generation. 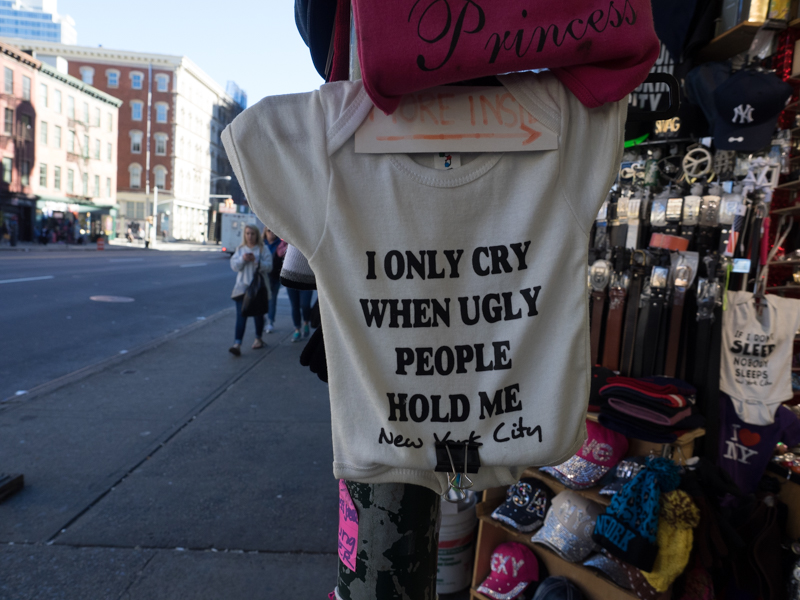 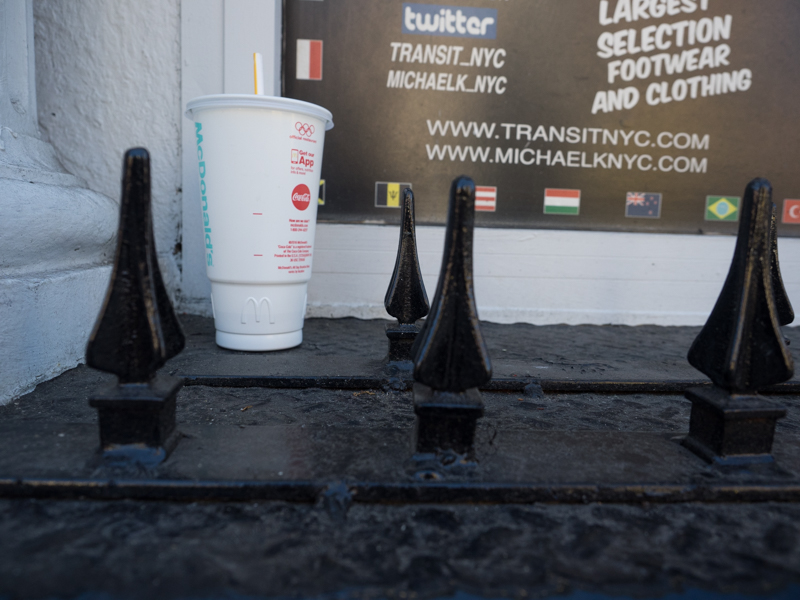 Welcome to my People Leaving Drinks page. I liked your surrounding spikes. 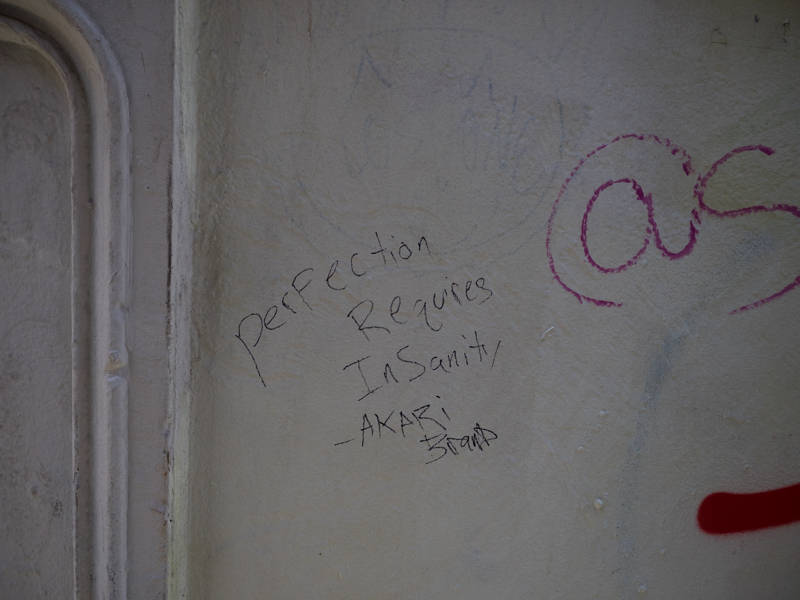 As I'm dragging around a family of three, along with my husband, all over SoHo and part of Chinatown, I'm thinking I'm insane for trying to pull off this shoot in the city.  :) 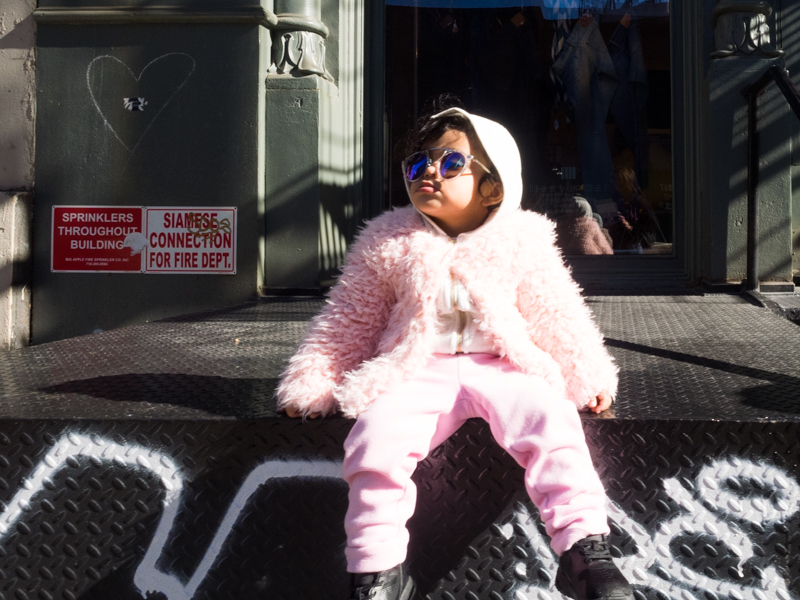 One of the most fabulous babies I've come across in my 40 weeks. 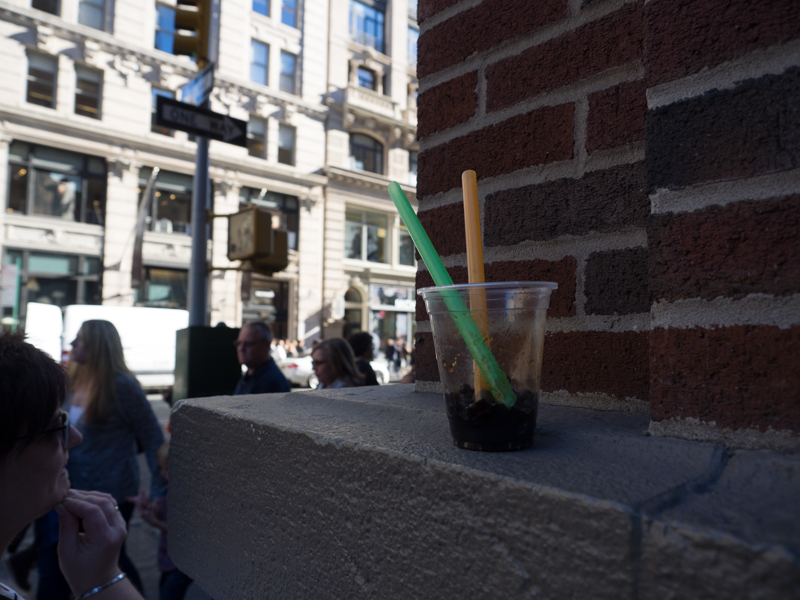 You'll have to settle for my People Leaving Drinks page. I'm not creating a People Leaving Fruit in Cups page. :) Thought the straws were stylish. Sometimes you gotta wonder how long cups like this sit there. A day, a week? Who finally breaks down and takes the time to throw it out? Hmmm...

Crazy cool ceiling in this subway station, and it changed colors! 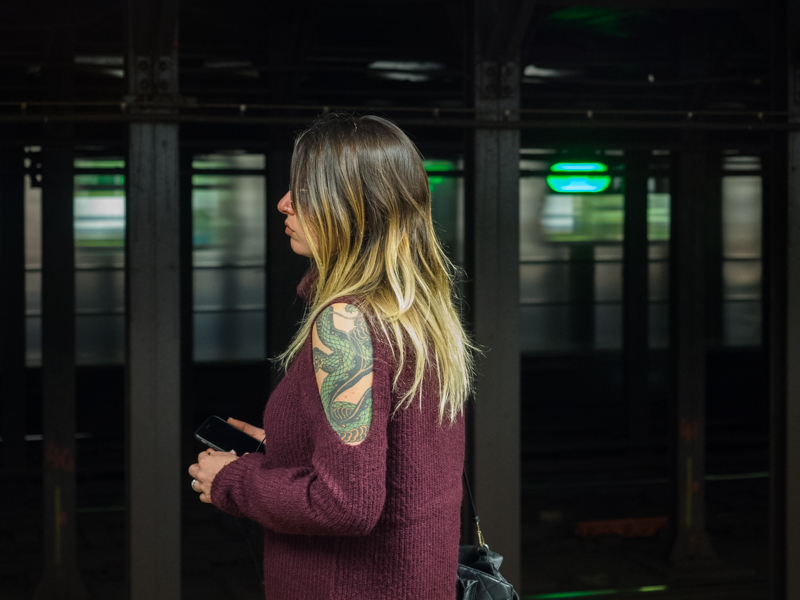 Great sweater choice when you have a tattoo like that.

And that's it for 52MM photos! I debated on heading into the city another day this week to take more photos but I also thought, it is what it is, it was an interesting experiment combining a photo shoot with a Magic Monday. Once was enough but it was still fun.

And just to show you my version of a family portrait in the city... 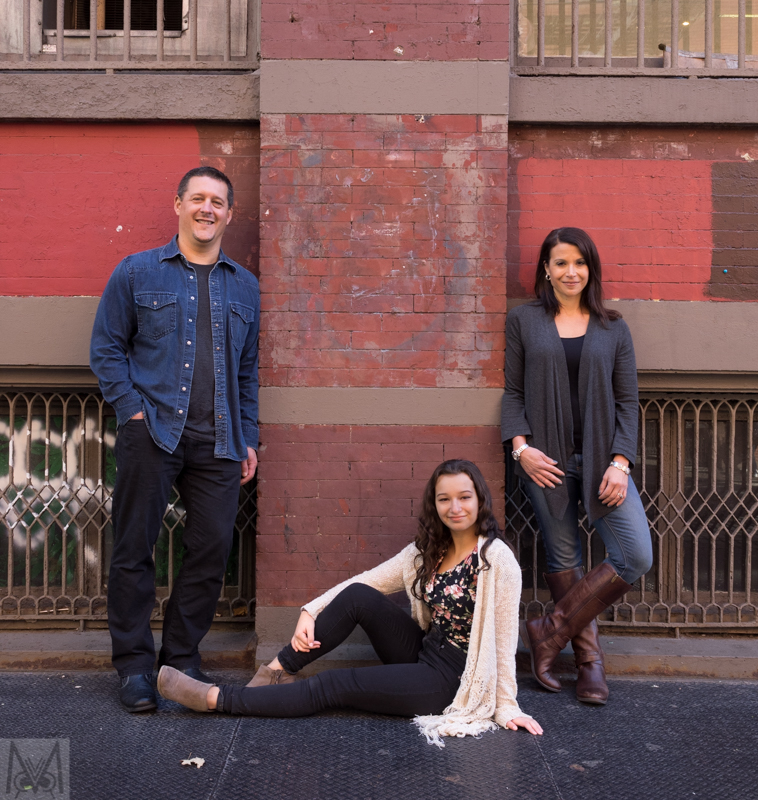 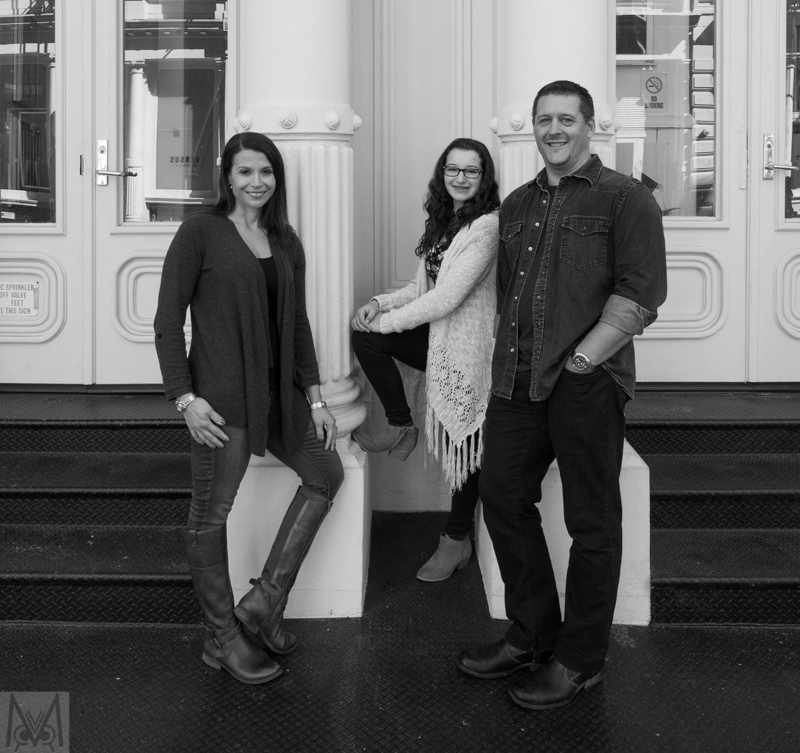 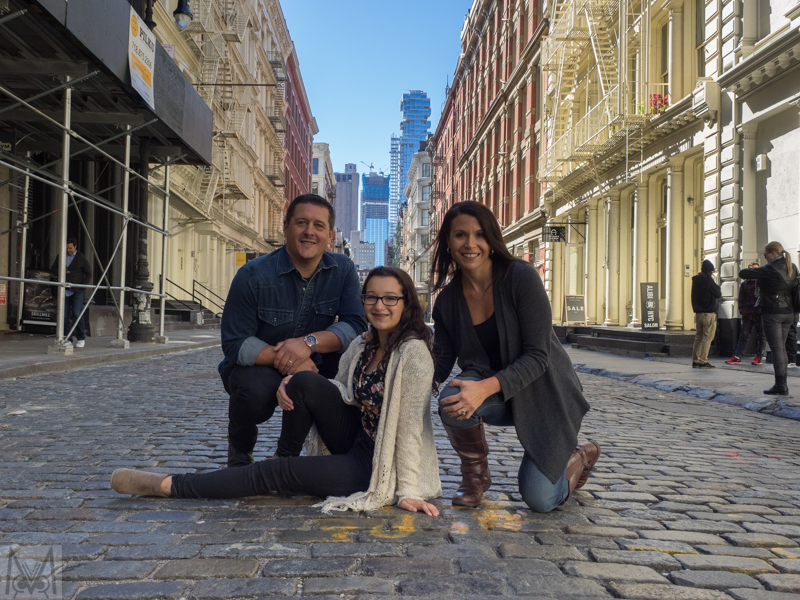 *Disclaimer: No one got run over during the creation of this image. ;) 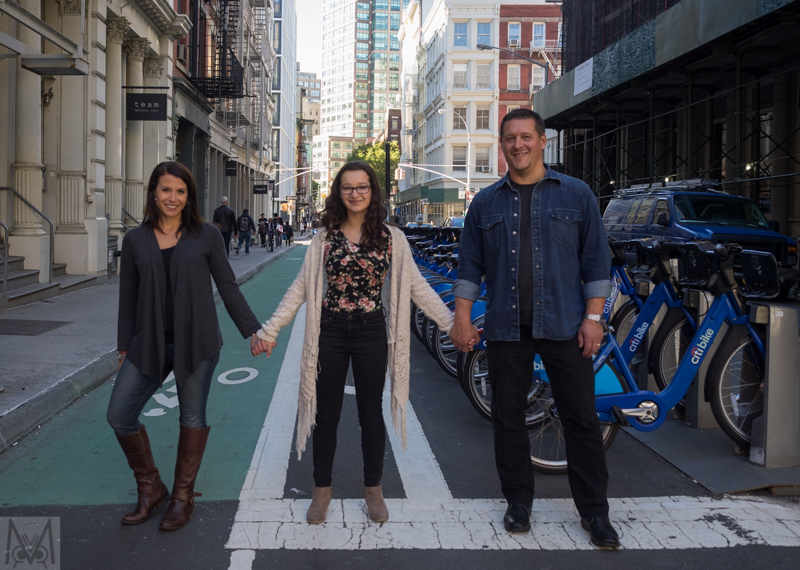 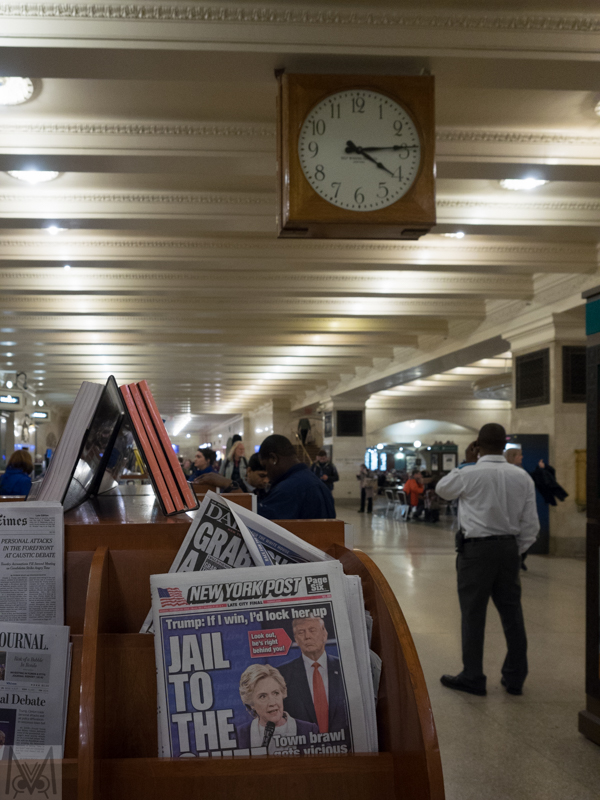